The short animation film CATASTROPHE will be screened as the opening film for ‘Spider-man: Homecoming’ in all Dutch Pathé Cinemas from the 6th of July 2017!

Story: When a little bird suddenly drops dead in it’s cage, all eyes are on the cat. Desperately he tries to make everything right again, but actually making everything worse in the progress. 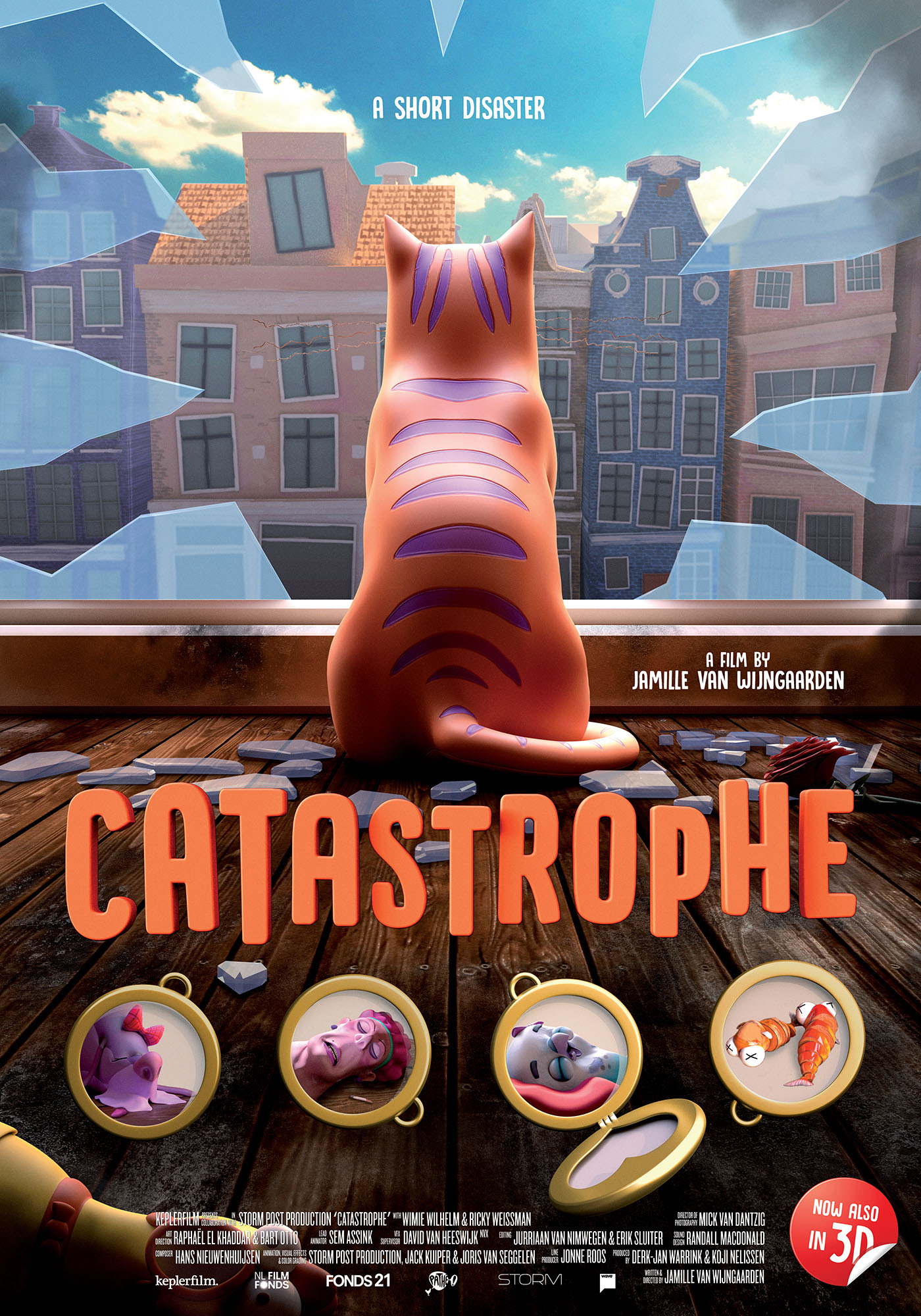 SCHOOL'S OUT winner of Shortcutz!

SCHOOL'S OUT selected for Clermont-Ferrand